Over the past two weeks I've had the pleasure of reigniting my mentorship with James Box, Clearleft's User Experience Director and all-time awesome guy to work with. I've decided to write a blog post every week as a reflection from my week's sessions with James to help me internalize the concepts we discussed but also to share what I've learned.

In my current contract, I'm leading product design for a Bay Area company called Peak Democracy. This role has surfaced a myriad of complex challenges that range from a tactical level (interaction design, front-end development, project management, etc.) to a more strategic level (organizational design, communication, product vision, etc.). Working with a mentor to discuss these challenges has an instrumental part of my approach. It's such a blessing to have a mentor like James to help guide me through unchartered territory.

Introducing Fluffy Edges: learning from failure as an ongoing process

Last week James and I discussed some of the challenges I'm facing around roles and expectations within our project team. Every company has a unique culture, different job titles and different expectations for what roles each individual performs. Working at Peak Democracy is no different, and it's taken me some time to get up to speed and understand it's unique mix.

James and the folks at Clearleft have come up with a really cool activity to deal with this problem of team roles and ambiguity within their projects. They call it 'Fluffy Edges'. The activity has two parts:

The name 'Fluffy Edges' comes from a systems theory concept that sees the edge between two entities as the point of maximum leverage for creating change within each entity. Say you have two teams within a project, for example. Each team has a different set inputs, outputs, roles and responsibilities. There are problems within the project and you discover that you need both teams to change. How do you best go about doing it?

The systems theory concept James described would argue that focusing on the 'connection' between the two teams would be the most beneficial way to leverage change within the project. Rather than trying to instill new habits in each independent team, focusing on the connection between both teams will most effectively achieve the desired outcome.

On this garden's site you have two main ecosytems: A forest and a wetland. Within the forest you have a range of plants and wildlife which thrive in that ecosystem, and within the wetland you have another. The border between the forest and the wetland is where the flora and fauna from each ecosystem meet and intertwine.

If you could only make one intervention within this site to increase diversity and resilience for wildlife to flourish, what would you do? The permaculture answer would to focus on the borders, to increase the surface area and allow the flora and fauna from each ecosystem to intertwine and thrive. This one intervention would act as a trimtab, one of my favorite concepts that I've learned from James that I'd love to flesh out in another post.

The key organizational characteristic that drives an activity like "Fluffy Edges" is the desire and willingness to learn from failure. During our session James compared the culture of two distinct industries: medical and aviation to demonstrat Black Box Thinking .

In the medical industry, when systems and processes fail (they do), team members are less likely to own up and see it as an opportunity to learn from their failures. A surgeon who makes a mistake during an operation is less likely to say "I made the wrong cut" (even if they did) and more likely to say something like "1 in 10 operations have this type of complication".

As a result, the medical industry has a unique set of obstacles when it comes to reducing mistakes and improving success rates.

Take aviation on the otherhand. They install little flight recorders (also known as black boxes) in each aircraft which preserves all the relevant history of the flight, often including the conversations within the cockpit. That way when things go wrong, they have explicit evidence of what happened. If something goes wrong that hadn't been accounted for, they add it to a checklist that is referenced during future operations. 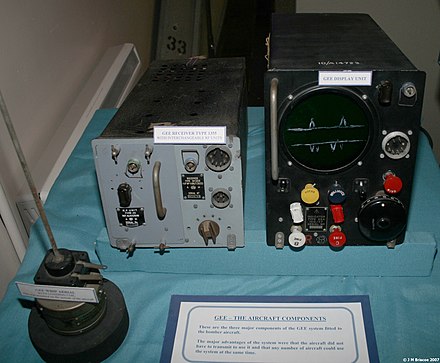 That's why you have pilots going through a checklist before takeoff. They've learned from their mistakes and are looking to eradicate them from their system. It works pretty well.

As a result of this culture of learning and these black box devices, the aviation industry has a much higher success rate and has almost ironed out mistakes within their operations.

Hearing about Clearleft's Fluffy Edges activity and its inspiration has provided me with another tool in my kit as a designer. After we launch our MVP, I am going to use that milestone as an opportunity to reflect upon what we learned, how we can improve, and work to build up a living checklist for Peak Democracy to reference in future projects.

I know James and the folks at Clearleft have plans to flesh out and develop Fluffy Edges moving forward and I'm excited to see it evolve. If you have any thoughts or experiences dealing with these kind of challenges within your organization, feel free to send me an email at john@john-ellison.com or hit me up on Twitter (@iamjohnellison).

How To Run A Product Design Playback: A User-Centered Perspective

Venturing Into The World of Multiple Sclerosis

Backstory The parallel timeline of my life has been the progression of my mother's disease Multiple Sclerosis ("MS"). My…